Originally green tea was made in Obuchi, by Mt. Fuji where it was cool and grows naturally. The Edo era (1603-1868) was inextricably a period of Japanese isolation from the outside countries and trade. It wasn’t until 1853, when tea was permitted to be exported. Green tea is grown all around Fuji because the demand for its export has increased. 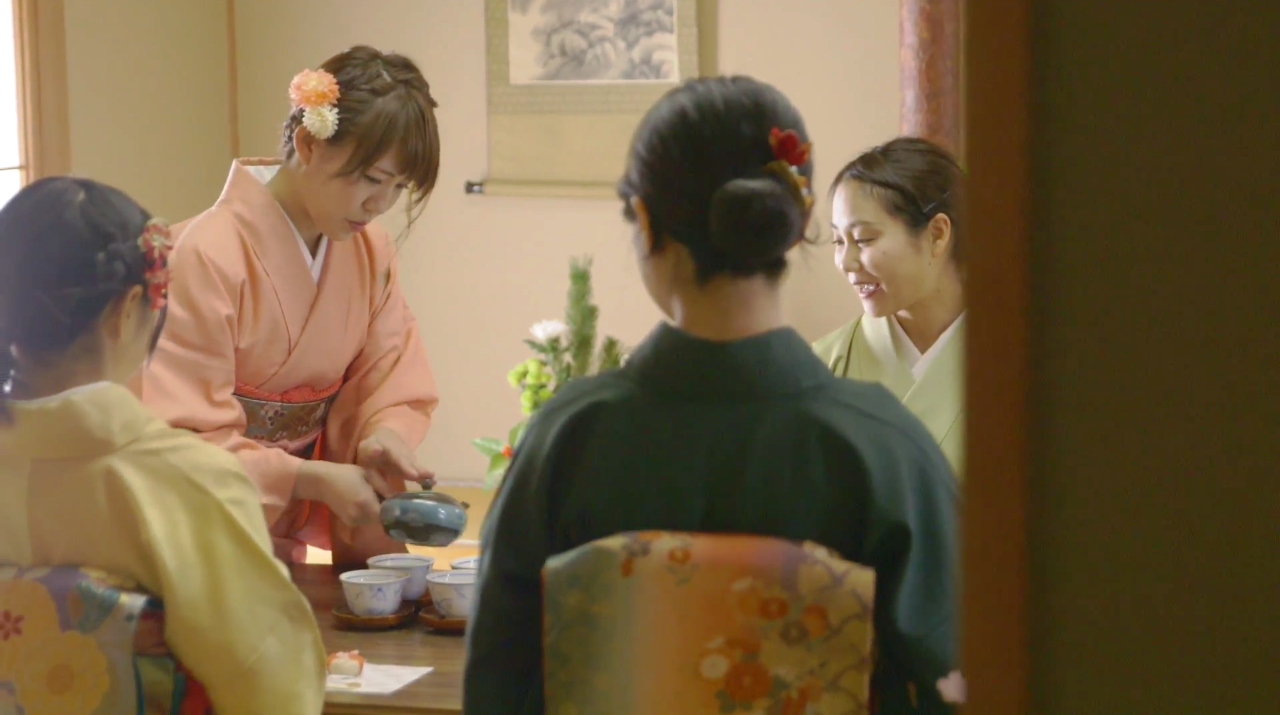 Iwamoto in the east of Fuji City

Bancha (Unfermented Tea) is sold in nearby Iwamoto. It has been produced in Iwamoto since around 1970. However it has been sold in Tokyo since 1716. Bancha first gained popularity from 1748 until 1763. However, few green tea plantations produced this tea in Iwamoto because its demand in Tokyo declined since 1781. Green tea in Iwamoto was exported overseas for the first time in 1859 after the opening of Yokohama port. This port was integral in allowing the tea exporting business to grow in 1860. The demand for exported tea increased which caused the price to also increase. As a result, the number of green tea plantations increased in Iwamoto.

Bancha is a lower grade of Sencha in which the tea leaves are cut a second time after the initial tea picking.

There are tea trees over three hundred years old in the tea plantations of Obuchi. One large tea tree is known to have grown from a seed brought from Shizuoka City. It is now covered with moss and is about thirty centimeters in diameter, over three meters high. This tree is famous among all Fuji natives.

People carried tea made in Obuchi in baskets to the neighboring prefectures of Yamanashi and Kanagawa. After 1872, they put it in wooden boxes and carried them with horses.

Uchiyama is in a forest and has a field of about 23 square kilometers located at the southern foot of Mt. Fuji. It was here where the processing method for Tenka Ippin tea was developed by Nomura Ichiro from Fuji City during the Meiji era (1832-79). He hired tea masters from the middle and west of Shizuoka prefecture and educated new workers about processing methods for tea.

When it was first shipped in 1876, the brand earned praise from British and Chinese tea dealers; so much so that they presented him with a certificate written in calligraphy bestowing him with the title, “The manufacturer for Tenka Ippin”. 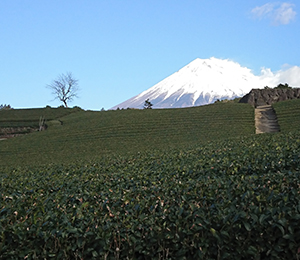 The Imamiya tea plantation is locat…… 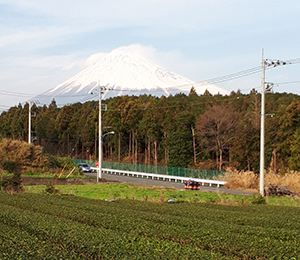 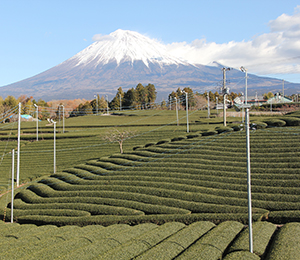 Takaoka is one of the major tea pro…… 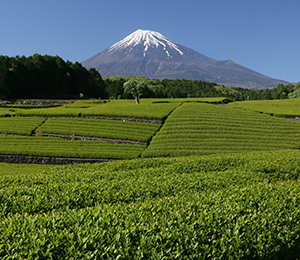 The view of Mt. Fuji and the tea fi……